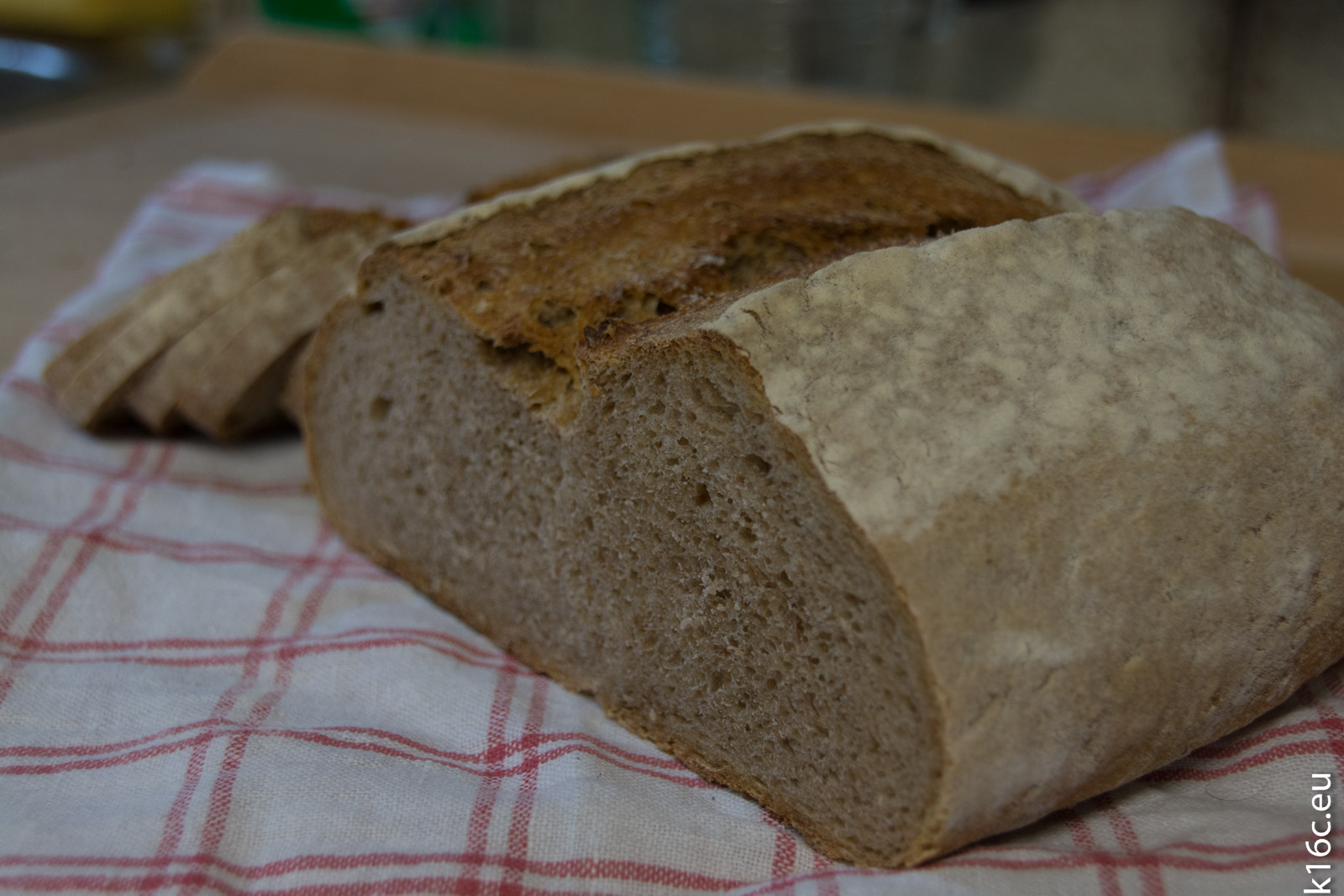 After buying a bread-baking book for naturally leavened bread back in March I finally began baking our own bread. Naturally leavened means that the bread only needs little yeast. The bread rises by the use of a sourdough.So past week I started making the sourdough setup. Mixing flour and water, waiting patiently for the next day to come, adding another bunch of flour and water…

Finally after three days of mixing and waiting my first rye sourdough experiment was successful. At this point I decided to make the Black-Beer-Bread from my baking book. First I prepared the sourdough and the Poolish. After another day waiting I could mix the main dough, let it rise  and start baking at last!!! Voila, it was worth waiting so long. I was rewarded with a wonderful fluffy, good smelling (and tasting) bread with a crunchy crust. Yummy! 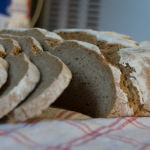 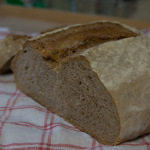 Since this bread was such a success I already baked two other breads in the meantime. A rye mix bread and a franconian farmhouse bread.

Preparation for the rye sourdough starter

Your sourdough starter should now be the double of its starting volume and smell sourish, comparable to apple vinegar.

You can store your sourdough up to two weeks in the fridge without “feeding” it. If you want to use the sourdough for baking, just refresh it (feed it) as described in step 3.

Mix everything together and let ripe for 20h at room temperature. The volume should increase and the dough shall contain bubbles.

Same procedure as for the sourdough.

Mix everything in the heavy duty mixer for 5 minutes on lowest speed and 5 minutes on second speed level. Let the dough rise for 1h at 24°C in a airtight container. Then fold the dough on a floured counter top and put it back into the container for one more hour.

Now knead the dough with hands and shape it to a ball. Let the dough relax for 20min. Make the loaf longish and let it rise for 45 min at 24°C in a proving basket with closing on top. Turn out the loaf on a baking tray covered with baking paper. Make a lengthwise 2cm deep cut.

Let the bread cool down on a grate. 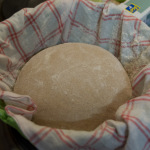 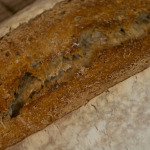 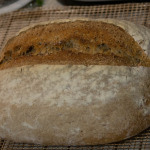 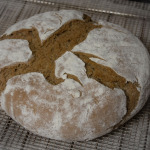 Katharina is heavily addicted to sewing and knitting. Add huge multitasking abilities to that and you end up with half a pullover done after a standard lenght James Bond movie. View all posts by Katharina →